The forest fire was one of the largest in the planet’s recent historical record. The entire valley filled with an abundant amount of fallen autumn leaves from the numerous trees available on the undeveloped land proved to be an excellent source of fuel for the flames. Early estimates have noted the fire consuming at least 2.5 million acres and counting. To the east of the town a huge column of gray black smoke and a few other smaller pillars, rose into the sky- the smoke so thick that the wind carried it and ash to the surrounding areas and the sky looked hazy despite the bright cloudless sky. Noble House Vermillion was mustering as many personnel and resources as they could to the area so that the fire could be contained before it decimated population centers and valuable crop land. 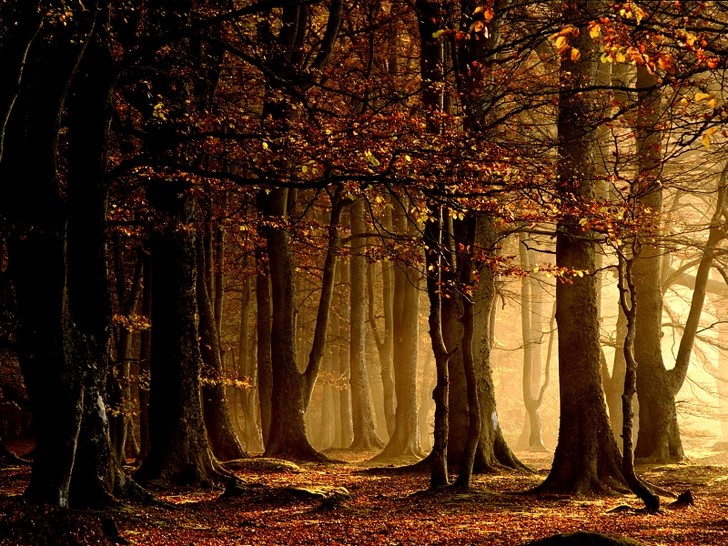 Corporal Draggi watched the shuttle lift off in the hazy sky, departing with Father Lupus and his one-eyed bodyguard, Flak, to the orbital above Hilarion where the duo would no doubt catch a ride aboard one of the passing void vessels to their next destination. Good riddance was what Draggi thought as the Catachan medic lit up an Ilho-stick and took a drag despite the ashy smelling air that had sent most people seeking shelter indoors. Normally Draggi would have been seeking the company of one of the local ladies (he had certainly vetted a couple since his arrival), but the recent events and the lost of all but one of his squad had put a dampener on his mood. Draggi was not a stranger to losing comrades- he had seen more than his share of combat on planets throughout the Imperium and beyond, and had lost more brothers and sisters in arms than he could count, but this mission had been different.

Draggi realized that something was amiss when his squad had been tasked with escorting a priest through the remote woods of a loyal and compliant planet to ensure there was compliance with the Imperial Creed, not to mention having the squad led by Lieutenant “Colonel” Braxton- a tough as nails hard case officer that had been busted down from the rank of Colonel to Lieutenant for disobeying an order from high command (or at least that’s what the rumors said). On face value, this assignment could have been something that the local militia handled, and certainly wouldn’t have required an elite squad of Catachans and a Lieutenant to prosecute. The woods they were sent to were creepy, there was no doubt about that, and Draggi had been to a lot of creepy places and there was definitely something strange about the backwoods Hacklin family that lived in them and claimed that their patriarch was a prophet of the Emperor that had tasked the family with fighting their backwoods neighbors, the Runols family, and protecting humanity from the “taint” of invisible supernatural beings that were infected by the forest. 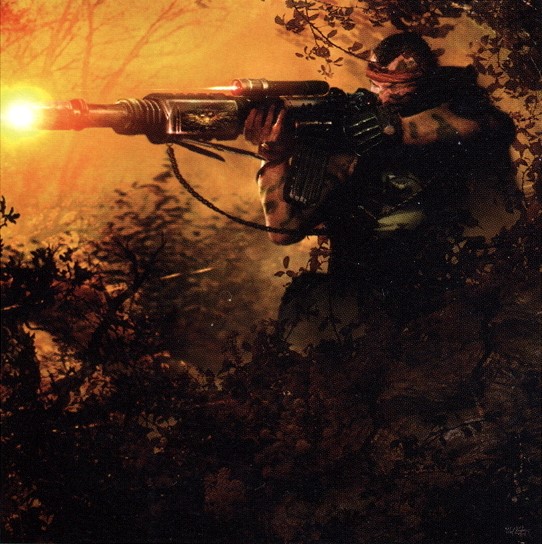 The danger was certainly real, that could not be denied for no one but Draggi, the Lieutenant, Lupus and Flak, survived the final assault on the cave that the “Prophet” stated was the source of the taint. After his eyes had been bathed in animal blood, Draggi saw the horrific nightmares walking and tearing through his comrades and he remembered the Lieutenant convincing Private Sasha to throw herself into the dark pit while Lupus recited something from the scroll that the Hacklins’ “Prophet” gave them. But none of that matter much now- it was all a vivid nightmare as far as Draggi was concerned. The rampaging forest fire (unintentionally caused by his squad’s liberal use of flamers in an early encounter before going to the cave) had consumed the entire valley- the Runols and Hacklin farmsteads, the cave and even the hilltop cabin of the “Prophet” should all be ash now.

Maybe a drink and some companionship was what he needed Draggi suddenly thought. He had some time to kill while the Lieutenant worked on getting them a ride out of here. He didn’t have any money but he did have that silver trident that the Hacklin guy had gave him to fight the “tainted.” Perhaps he could sell it to a local and get a hefty amount of Throne Gelt merely for its silver content. Its craftsmanship was certainly exquisite Draggi thought looking at the trident where it sat propped next to his seat and the prongs were extremely sharp he noted feeling one with his left hand.

He quickly jerked his hand back and his Ilho-stick fell from his mouth as he felt an intense cold on the spot where he touched the trident prong- so cold that it felt like he was being burned. He studied his hand for injury and saw nothing out of the ordinary. Strange, Draggi thought to himself. He touched one of the prongs with his other hand and there was no strange reaction. Puzzled, Draggi reached down and grabbed his Ilho-stick. He couldn’t think of anything that caused the strange reaction. Maybe it was just an adverse reaction to the ointment that Draggi had put on his hand after he got that insect sting as they made their way back to town. 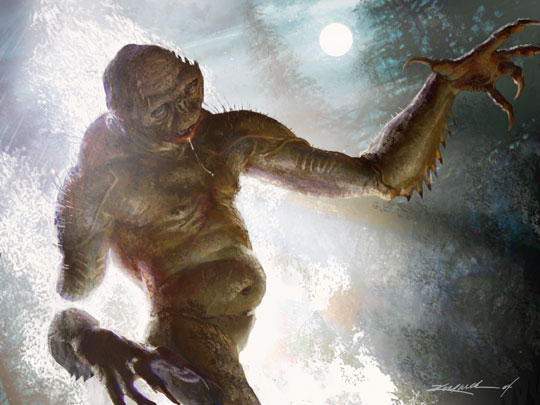 *GM’s Note: This mission was modified for Dark Heresy from Ethan’s Trail of Cthulhu Scenario “General Order 11." Listen to his great actual play session with his friends at RPPR. It can be found “here.”