“When the people forget their duty they are no longer human and become something less than beasts. They have no place in the bosom of humanity nor in the heart of the Emperor. Let them die and be forever forgotten.”

-From Prime Edicts of the Holy Synod of the Adeptus Ministorum

Interested in secretly acquiring an Ecclessiarchy prisoner known only as “Subject Four,” Inquisitor Sand has set in motion a plan to have the Ecclessiarchy transport Subject Four from one secure location to another and plans to abduct the prisoner enroute. In order to do this, one of Sand’s acolytes, Pullo, has gone undercover as a crewmember on the Ecclessiarchy prisoner transport ship, the “Sanctus Light”, which is responsible for transporting Subject Four to his destination, and plans on sabotaging the vessel so that it can be boarded. Pullo was successful in sabotaging the engines of the Sanctus Light and setting the ship adrift. A breakout of subsequent prison riots are keeping the crew occupied until assets from the Imperial Navy can respond to the ship’s distress call.

With this window of opportunity, Sand has requisitioned the use of a prowler-class Inquisition Black Ship called “Darkness Falls” to shadow the Sanctus Light and deploy a team of his most trusted acolytes to extract both Subject Four and Pullo. Upon arriving at the disabled prison ship, Inquisitor Sand is worried when he finds the Sanctus Light floating under emergency power amongst a debris field of ship wreckage and escape pods with no answer to communications attempts. 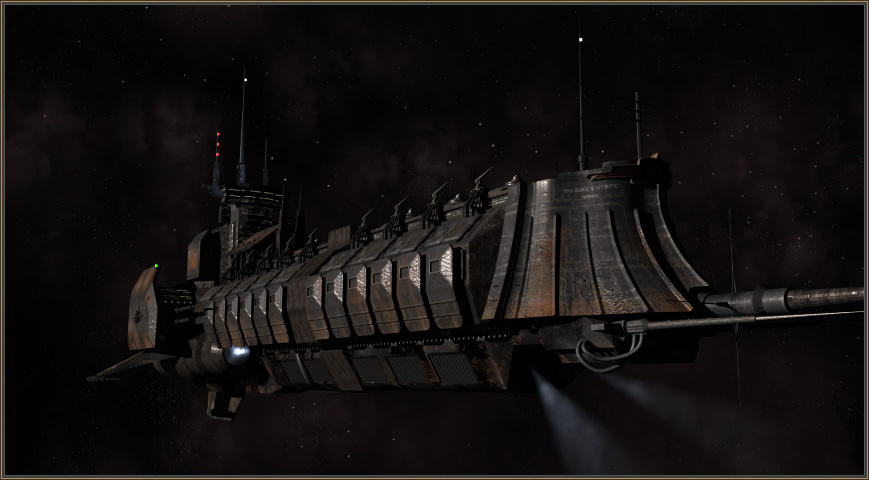 Retrieval operations of the escape pods commence and all but one of them contains bodies of deceased prisoners and crewmen. The one survivor that they do retrieve has mortal injuries and makes a cryptic statement thanking the Emperor that he got away clean before dying in the medicae bay. Sand notes that the man’s body has some unidentified physical anomalies and begins an autopsy in hopes to find answers to what is going on aboard the Sanctus Light.

With the responding Imperial Naval ships only six hours away, Sand sends Romulus Cell, under the command of Red and Quint, and a squad of Inquisition Storm Troopers led by Sufal, to proceed to the ship via two Arvus Landers. The Lander pilots easily navigate their way through the debris field and use Inquisition override codes to open the Sanctus Light’s hanger doors and land inside.

Immediately upon exiting their Landers, the Inquisition forces come under attack by a large force of prisoners attempting to steal their transports. A fierce firefight breaks out and the more heavily armed and armored Inquisition agents kill a large number of their attackers with only the loss of one Storm Trooper before the surviving prisoners flee back into the depths of the ship.

After a brief moment of pause to get their bearings, heal their wounded, and order Sufal and his men to hold the Landers at all costs till their return, Romulus Cell proceeds deeper into the interior of the ship. While passing through a maze of small personnel corridors, they discover that the ship is still very much under guard when a group of acro-flagellants attacks the party. A deadly dance of melee and point-blank gun play commences. Quint’s gun-slinging prowess easily places bolt and inferno rounds into their attackers while Red’s power sword carves a path through the enemy. Even Hadrian lends his axe to dispatch several of the wounded arco-flagellants. Despite being surrounded by multiple arco-flagellants, Jak seriously wounds several of them before he himself is seriously wounded and knocked unconscious. The rest of the team quickly dispatch the last of their foes and tend to their wounded comrades.

Arriving at the main ship junction, Romulus Cell decides to split into two groups to ensure there is enough time to accomplish both of their mission objectives before the Imperial flotilla arrives. Quint will lead Hadrian and Jak on the mission to recover Pullo and Red will take Uriel, Rylak and one of the Inquisitorial Storm Troopers to operate the vox-caster and provide support in the search for Subject Four. Aided by ship schematics provided by their Inquisitor, both teams are able to negotiate the dark twisted passageways of the ship despite the makeshift barricades and damaged and blocked corridors they encounter that are most likely a result of the prisoner riots. Both parties encounter enemies on their respective paths and while the freed prisoners pose a minor hindrance to their progress, they quickly realize that there are far worst dangers on the ship in the form of Nurgle daemons and Plague Zombies. 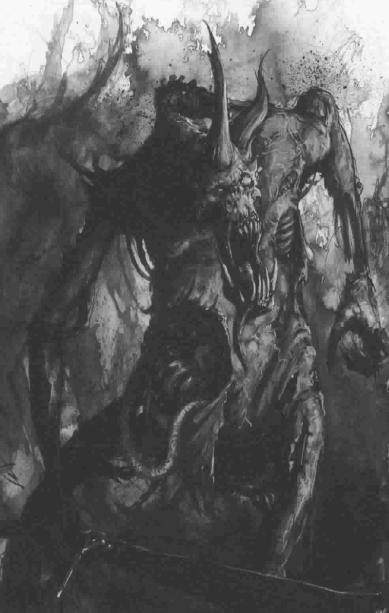 Inquisitor Sand’s autopsy tests confirm that the Sanctus Light is contaminated by a Nurgle Plague virus, and as more of its ship population becomes infected and turned into Plague Zombies, the barrier between the Warp and Materium becomes weaker, which allows the daemons of Nurgle, who are drawn to the plague infected ship like a beacon, to manifest into reality and bring yet more death and infection.

Quint’s team witnesses the spread of the Nurgle plague first hand when one of their number, Jak starts vomiting blood and complaining of fatigue. Hadrian conducts a medical examination and confirms that Jak does indeed appear to be suffering from a strange malady- the most concerning of his symptoms appears to be his left hand, which is covered in green pustules. Jak notes that this is the location of a bite that he received from one of the Plague Zombies in the chapel. Because it appears that the infection is rapidly spreading, Hadrian recommends the immediate amputation of the hand. Sad, but in agreement, Jak allows Hadrian to amputate his left hand (which proceeds without complications) and the severed hand is secured inside of a nearby container for transport.

Red’s team reaches the maximum security detention area of the ship, and after killing several uninfected crewmembers to preserve the secrecy of their mission, they proceed to Subject Four’s holding area which is guarded by two massive Penitent Engines. Surrounded by the chopped and burnt bodies of others who had attempted to pass this way, Red’s team and the Penitent Engines become engrossed in a desperate fight. Promethium-fueled flames burn the acolytes while massive whirring blades of death dig into flesh. The fiery weapons of the Penitent Engines brings Red’s team on the verge of death as they struggle to hurt the massive constructs. Despite his injuries, Red pushes on and with a storm of blows from his power sword he dismantles both Penitent Engines with only the loss of the Storm Trooper accompanying his team. Past the destroyed Penitent Engines, Red’s team quickly locates and secures Subject Four- a naked man whose body is covered in a tattooed mass of blasphemous runes and secured in a hexagramatically-warded stasis capsule. Using the suspensors fitted to the capsule, the team quickly brings their charge back to the landing bay for departure. 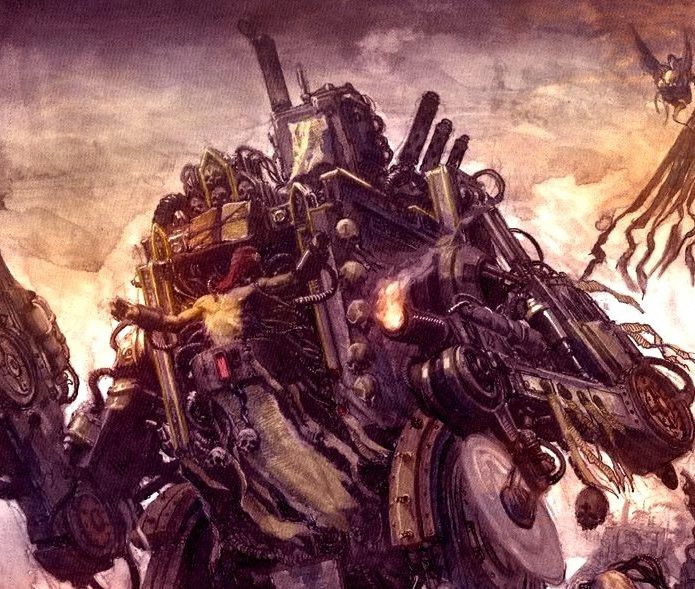 On the other end of the ship, Quint’s team locates Pullo in a safe room in the Engineering section and receives new orders from Inquisitor Sand to destroy the ship to cover up their operation to take Subject Four, but also to prevent any survivors from escaping and spreading the disease and to prevent the personnel from the incoming Imperial flotilla to become exposed should they board the ship. It is decided that the best way to destroy the ship with the limited time available is to set-up a catastrophic failure of the Warp and Plasma drives, thus creating a massive explosion that will destroy the ship and the surrounding debris area. Braving a crowd of Plague Zombies and daemons of Nurgle, Quint and his team are able to escort Hadrian to one of the plasma/Warp drives control rooms so he can set-up this failure.

The operation is a success. The Sanctus Light’s plasma and Warp drives overload and cause a catastrophic explosion removing all trace of the Sand’s mission and destroying the vectors of the Plague virus. Subject Four is secretly in Inquisitor Sand’s custody, but who is Subject Four and for what purpose does he serve remains to be seen.