On orders from his master, Inquisitor Sand, Interrogator Quint and acolytes Rylak and Thodinna are secretly dispatched to the cemetery world of Prester Myra in the Josian Reach subsector to locate a Xenos artifact known as the “Revelator” from the Gelfradus family necropolis. With a large Ecclessiarchy and Adeptus Mechanicus presence due to the burial rituals and protection of the numerous grave sites of important and prestigious persons of the Calixis Sector, as well as the large corpse starch processing facilities, the Inquisition agents must be wary of alerting these organizations of their affiliation and mission. 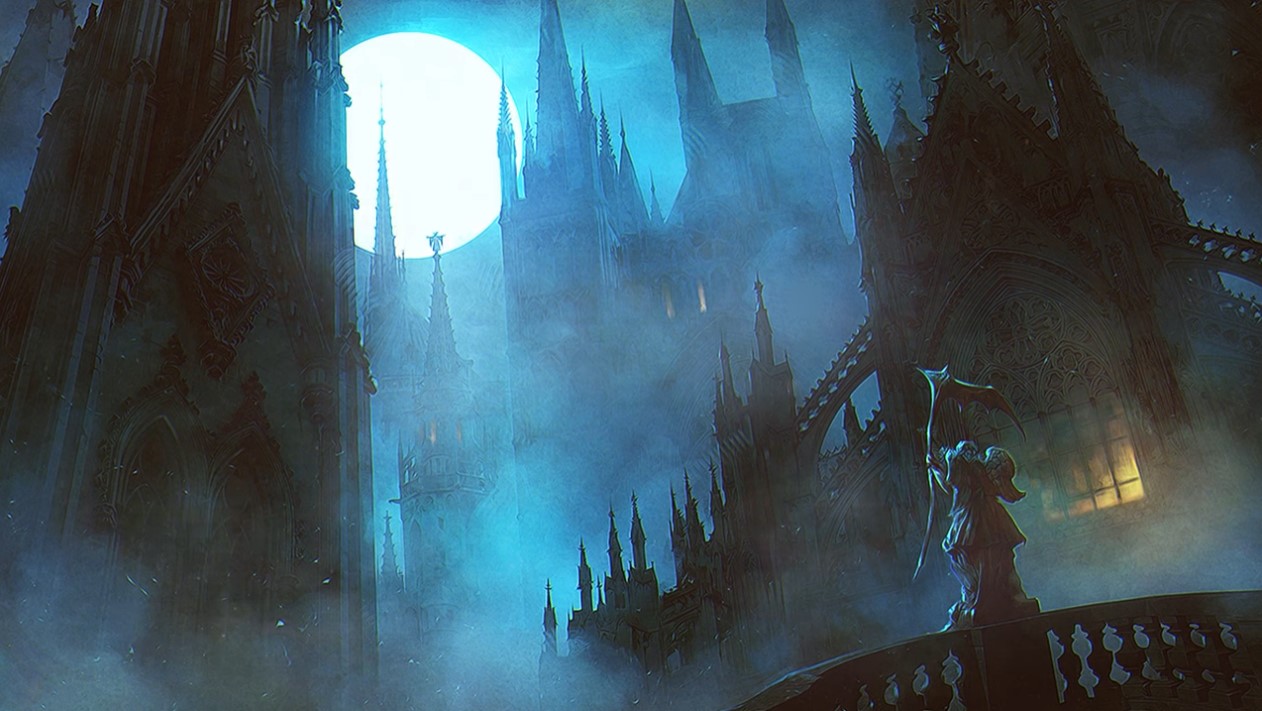 After arriving via a drug induced deep slumber aboard a corpse hauler, the team makes their way into the city of Barastyr, where they head to the gargantuan data archive of the Librarium Mortem to search for records pertaining to the location of the Gelfradus necropolis. In order to avoid suspicion, they are able to convince one of the Librarium’s archivists that they are conducting genealogy research on various noble families, including the Galfradus line, and go to work pulling data. Unfortunately, their investigation runs into a complication when it is discovered that the servo-skull responsible for maintaining the location of the Galfradus records is unavailable. Upon inquiry, the archivist explains that the skull was recently stolen while enroute for routine maintenance. It is a unique servo-skull name Khalidas, that is the skull of a conjoined twin. The archivist offers the full hospitality of the Librarium Mortem if the acolytes are able to recover it. 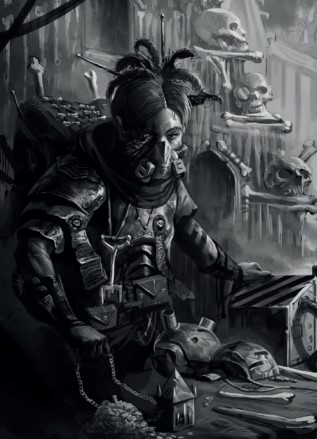 In the interest of succeeding in their mission the acolytes head out to the marketplace of the slum section of the city, a place called Memento Square, to make inquires on Khalidas’ thief. One of the vendors they talk to, a reclaimator and huckster named Kaliya, provides them some useful information after some successful negotiation. She tells them that the skull is in the possession of a local thief and Bonepicker (a colloquial name given to the desperate scum that trawl the Boneyards in search of anything valuable, regularly resorting to stealing from the tombs of wealthy nobles and mugging mourners) named Diomedes. During their conversation with Kaliya, Quint and Rylak notice a key hanging from Kayliya’s neck that bears the Galfradus family quest. They make inquiries about it and noting their interest, Kaliya confirms that she purchased it from Diomedes and agrees to part with it, giving it to the acolytes in exchange for a lucrative business agreement.

The acolytes following Kaliya’s directions to a local slum drinking establishment called the Jolly Undertaker. Amongst the shady patrons, including a few disguised mutants, the group finds Diomedes. Using his charm and familiarity with interacting with underworld scum due to his upbringing, Quint is able to establish a rapport with Diomedes and negotiate a deal for Khalidas. Diomedes brings them the skull, which is need of repair and the team returns to the Librarium Mortem, where the grateful archivists send it off for immediate repairs. When the acolytes return the following day, Khalidas is functional and leads them to the sought-after data hives where they are able to acquire the location of the Gelfradus family necropolis. 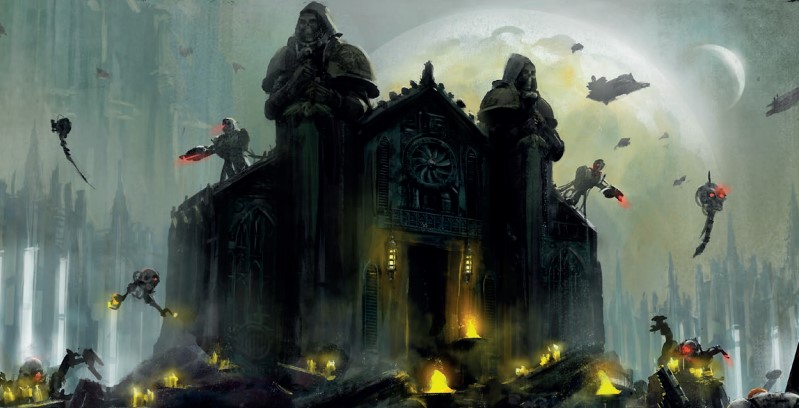 After renting a ground conveyance, the acolytes brave the monsoon rains to travel cross-country through the various boneyards to reach their destination. The find the necropolis easily enough and after Rylak uses his rifle to snipe several guardian servo-skulls, the team uses the key they secured from Kaliya to open the gate and enter the mausoleum. Concerned that their neutralizing of the servo-skulls triggered interior security countermeasures, as well as an investigating security team, they make haste descending the lower levels of the crypts until they find the tomb of Augustus Gelfradus, the greatest of the Galfradus line and most likely candidate to be buried with the Revelator. The final, and most ostentatious tomb appears to be his, and when the acolytes start to breach his sarcophagus, two concealed combat servitors are activated and attack.

One of the servitors is dispatched relatively easily by a well-placed from Rylak, but the second servitor proves more problematic as it quickly engages Quint and Thodinna in melee. It dodges numerous shots by Quint, and takes several heavy blows from Thodinna’s mono-staff before the servitor is able to knock Thodinna unconscious. Hoping to end the combat quickly, Quint and Rylak focus fire on the servitor and terminate it. After attending to Thodinna, they are able to access the sarcophagus and locate the Revelator amongst Augustus’ remains. With their prize in hand the team quickly exits the necropolis and summons their extraction vessel.