With the capital hive of Solace still reeling from the cataclysm caused by the crashed Imperial cruiser and the awakened Necrons, Inquisitor Sand creates two teams made by combining members of Kill-Team Kronus with some of his available acolytes. One team is tasked with hunting down and exterminating the Genestealer threat while the other is tasked with locating and terminating prominent and highly dangerous criminals and heretics. 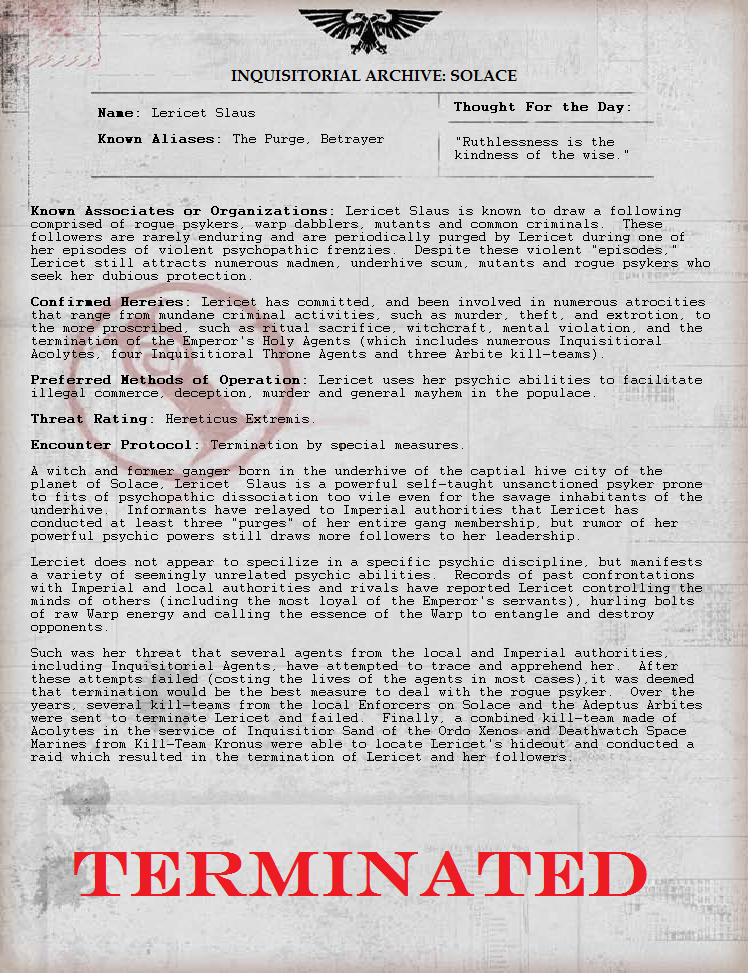 Planetary officials provide Inquisitor Sand with three persons of note whose termination would assist in quelling the rebellious activities taking place amongst the populace- an unsanctioned psyker named Lericet Slaus, a behemoth mutant, and suspected Chaos worshipper, named Grens Scadegung and a heretek named Magos Vorrenius Corosz. With Brother Angelos chosen as Kill-Team leader, Chaplin G’heirnat, Palatine Ruby, Magos Hadrian, Father Lupus and Flak are successful in the locating, and terminating Lericet and Grens, but fail to terminate Magos Corosz. When the Kill-Team makes contact with Vorrenius, Hadrian and the heretek enter private negotiations and at their conclusion, Hadrian informs the team that Corosz is not an immediate threat and actually provided information on a threat of grave concern regarding a war band of Chaos cultists, that included several traitor Space Marines, that attempted to gain his assistance in conducting a ritual to summon a daemon in the upper hive spires. 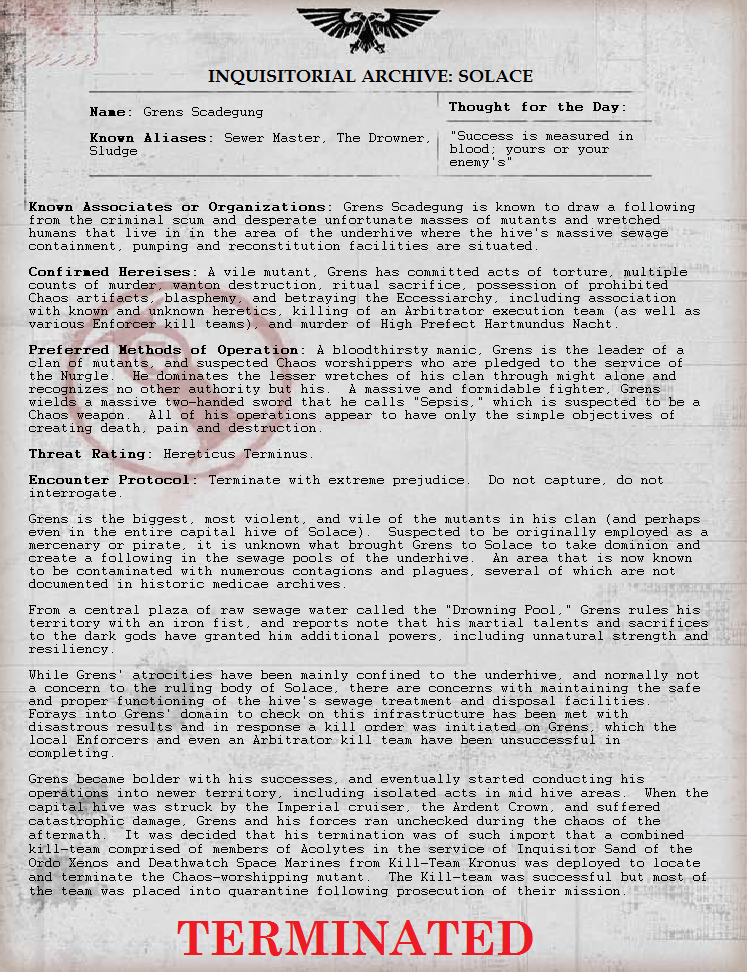 Departing from Corosz’s domains to investigate this potential threat, the Kill-Team is able to use the Arcadia’s powerful augur arrays to locate a building up of strange energy wave lengths in the estate of a prominent nobleman named Lord Nereus. A search of Nereus’ manse brings the Kill-Team into contact with a Chaos war band, which includes traitor Space Marines from the World Eaters, Red Corsairs and Alpha Legion. A bloody battle ensues, but the Kill-Team is able to vanquish their foes and stop the ritual with the termination of Nereus before he is able to complete his incantation.