[Stationary Pict-Source] Wide angle view of a large living area with extravagant, but old and ill-kept, décor made up of subdued-colored and faded couches, chairs, and tables, with wall paintings depicting mainly Grox-ranching themes and country landscapes. Standing near a large picture window that looks out onto an interior garden of cacti and other desert-thriving plants stands an extremely elderly male [Subject I] heavily augmented by archaic bionics and cybernetics. A combustion-style power plant attached to the man’s back belches a cloud of black exhaust smoke into the air and the lower half of his body has been replaced by a carriage platform with four piston-driven steel legs- positively identified as Lord Cryrl Chambliss, Patriarch of the Chambliss Ranch House. [verified]

Standing across from [Subject I] [Chambliss] is a handsome man [Subject II] with Scintillan noble features wearing a white and red robe with an Inquisitorial Rosette hanging on his neck from a silver chain- positively identified as Inquisitor Gramen Sand, Ordo Xenos. [verified]. Standing next to [Subject II] [Sand] is a massive man [Subject III] clad in carapace armor wielding a tower shield bearing the symbol of the Inquisition and armed with a sheathed power sword- positively identified as Crusader Red, [Subject II] [Sand’s] personal bodyguard. [verified]

VOICE (1) [CHAMBLISS]: Greetings Inquisitor Sand…Ahhhh. I hope that your investigation fares well and nears closure….Ahhhh. I assure you that placing me on house arrest for the duration of your investigation is not necessary as I normally do not go much farther than the estate grounds…Ahhhh. But there are some occasions when I do enjoy a stroll through the family ranch lands….Ahhhhh.
VOICE (2) [SAND]: Lord Chambliss, you are indeed correct that my investigation is near closing. Just a few loose ends to tie up and me, and my team, will be on our way, and you will be back to running family operations. I do hope that the absence of the twenty-four family members, including your favorite nephew and two of your grandchildren, that I am taking with me to Scintilla for sentencing, will not be too much of a burden on your family business, especially with the increase in the amount of contracts that your Ranch House is now responsible for fulfilling. You understand that many of these family members will most likely be executed for their crimes- dealings with Kroot Mercenaries, or Xenos of any kind is strictly prohibited and punishable by death.
VOICE (1) [CHAMBLISS]: Ahhhhh…I understand fully the seriousness of their crimes and am sadden that it had to turn out this way…Ahhhh. But I fully obey and support the laws of our Imperium and God-Emperor…..Ahhhh. If death be the punishment, then unfortunately death it shall be…Ahhhh.
VOICE (2) [SAND]: Surely you must have some guilt about the massive numbers of deaths and disappearances with the other ranch house families that your family’s Kroot agents are responsible for. All of this of course, according to your now-incarcerated family members, was orchestrated only to further the wealth and power of the Chambliss House.
VOICE (1) [CHAMBLISS]: Ahhhhhh. 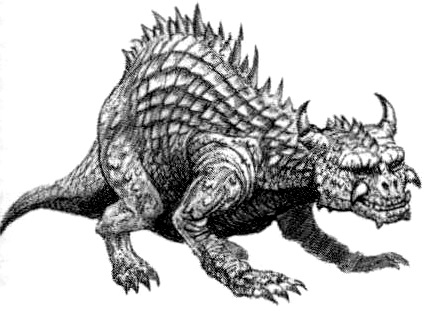 VOICE (2) [SAND]: From the results of their crimes, it has appeared that your house will indeed prosper. My agents tell me that the manpower losses and disruptions caused to your competitors from the Kroot will take years to recover from to get back to normal operational efficiency. It appears that House Chambliss is now one of the ten most powerful ranch houses on the planet and will be secured in that position for many years to come since there is a reliance on its fulfillment of the existing contracts it had recently acquired.
VOICE (1) [CHAMBLISS]: Ahhhh…It is most unfortunate that my House’s success had to come at the cost of others, my family and my competitors, but the sector needs the exporting Grox-meat that this planet provides…Ahhhhh. I am but a humble cog in the machinations of the sector’s massive support apparatus…Ahhhhh. Inquisitor Sand, I take it that you are satisfied with your results?….Ahhhh. You have revealed the existence of foul Xenos hiding in the sector, brought to justice those who would consort with the alien and ensured that the Sector’s supply of Grox-meat, and other subsidies, is fulfilled…Ahhh.
VOICE (2) [SAND]: Indeed. With the exception of the Kroot having escaped my attempts to locate them, it seems that the Emperor’s law has been upheld and justice meted out. Though I must admit Lord Chambliss that I was positive, and I am rarely wrong, that you had a hand in devising this heinous activity that we stopped. My research on your family and household members show me that only a few of them have had any dealings with off-world organizations and interests, and of those that did, none of them appear to have been with entities with Kroot connections. I did note that in your youth, you spent some time as a crewmember aboard a Rogue Trader ship operating in the Kronus Expanse, the Fel Hand under the command of Rogue Trader Hadarak Fel. I think you served as one of his seneschals?
VOICE (1) [CHAMBLISS]: Ahhhh…Yes, a most wondrous and interesting time…Ahhhh. The sights I saw….Ahhhh. One of my most fond memories Inquisitor…Ahhhh.
VOICE (2) [SAND]: I can imagine. The Expanse has many sights, including several Xenos species never seen by the majority of humanity. My research revealed that the Kroot are known to operate there, but you already know that Lord Chambliss.
VOICE (1) [CHAMBLISS]: Ahhh…
VOICE (2) [SAND]: Good evening Lord Chambliss, and good luck on your future business success. Before I go, I would like to tell you that my agents have heard mutterings from some of your rivals, especially Ranch House Laurel. It seems that some of them have some understood misgivings about your recent rise to power and the methods used.
VOICE (1) [CHAMBLISS]: Ahhh….
VOICE (2) [SAND]: But I’ve taken up too much of your time Lord Chambliss. You are officially free of House Arrest and I have closed my investigation for now. [Subject II] [Sand] turns to [Subject III] [Red] [says in hushed tone] Red, let us go back to the Arbites Precinct and review the evidence again on Lazarus’ escape. A daemonhost loose in the hive city is something far more deadlier than what we have here…