A rugged individual with a stern look, Titus is often seen garbed in the traditional flak armor worn by the Imperial Guard.

Due to mind-cleansing, Titus does not remember anything about his past but is plagued by flashes of imagery of scenes that could possibly be memories or perhaps figments of his imagination constructed by his brain to fill the need to have something to fill the empty void that represents the memories of who and what Titus did in the days before he was employed into Inquisitor Sand’s service.

Some memories have recently come to light with the discovery that Titus formely served Inquisitor Sand’s mentor, Inquisitor Volk, as a member of Acolyte Cell C13 but was thought dead after the Cell suffered heavily losses while terminating cult members of the Divine Fratery. Recently discovered to be alive during a raid on a different, unassociated, chaos cult, Titus was returned to service following a mind-cleansing which destroyed most memnories of his past.

Now in the service of Inquisitor Sand, Titus joined Cell: C2 to help them escape from authorities on the planet of Scintilla and to assist them further in their investigations. He has since proven to be a fierce, though reckless fighter, and while he maintains his service to the Inquisition, there are hints of Titus’ past that has cause for alarm. 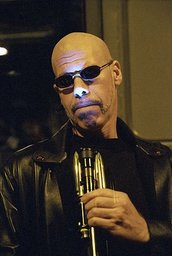