No other Dark Angel exemplifies the maxim “the end justifies the means” more than Asmodai, for in his unquenchable obsession, he is willing to sacrifice anything or anyone to capture another of the Fallen, and there is no boundary he will not cross to add another black pearl to his Rosarius.

Asmodai was a well-regarded but unremakrable Tactical Marine serving in the Dark Angels 8th Company in 405.M41 during the Macharian Heresy. During the battle of Hive-Moon Sigma, Asmodai fought under Captain Elijah against the rebellious forces of the Dark Angel Malvine Rhemell. During the fight the Dark Angels took heavy losses and Rhemell escaped, and Asmodai vowed to find him and make him repent. Afterwards he was quickly elevated to the position of Interrogator-Chaplain and captured his first Fallen Angel, Cephesus, in 411.M41 though he failed to make him repent. Over the next 25 years he captured three more but they too refused to repent. Asmodai however had his first success after forcing the Fallen Angel Sorl Mebbon to repent after 18 days of torture. Asmodai quickly gained a reputation for ruthless and uncompromising dedication.

In his long career, he has only been able to make two members of The Fallen repent. But not many can resist his evil craft, and it is said that his enemies would rather die than fall into his hands, as he is rumoured to be able to keep a victim alive for weeks on end while undergoing horrific torture. Such is Asmodai’s brutality and excess that even Azrael has had to counteract and cover up his actions multiple times over the Chapter’s history.

It was Asmodai who ordered the slaughter of all the new recruits from Narcium because of their lackluster answers to his questions. Upon hearing laughter in the halls of the The Rock, Asmodai placed the penance of silence until the entire 7th Company. However despite his brutal and disciplinary streaks, he is nonetheless an effective combatant and inspiring leader. He famously led the Dark Angels against the traitors of Rhun’s Palace and inspired an impressive stand when his forces were surrounded by Daemons on the world of Amity.

As with all Interrogator-Chaplains, he carries a weapon known as the Blades of Reason, a device used to inflict torment. 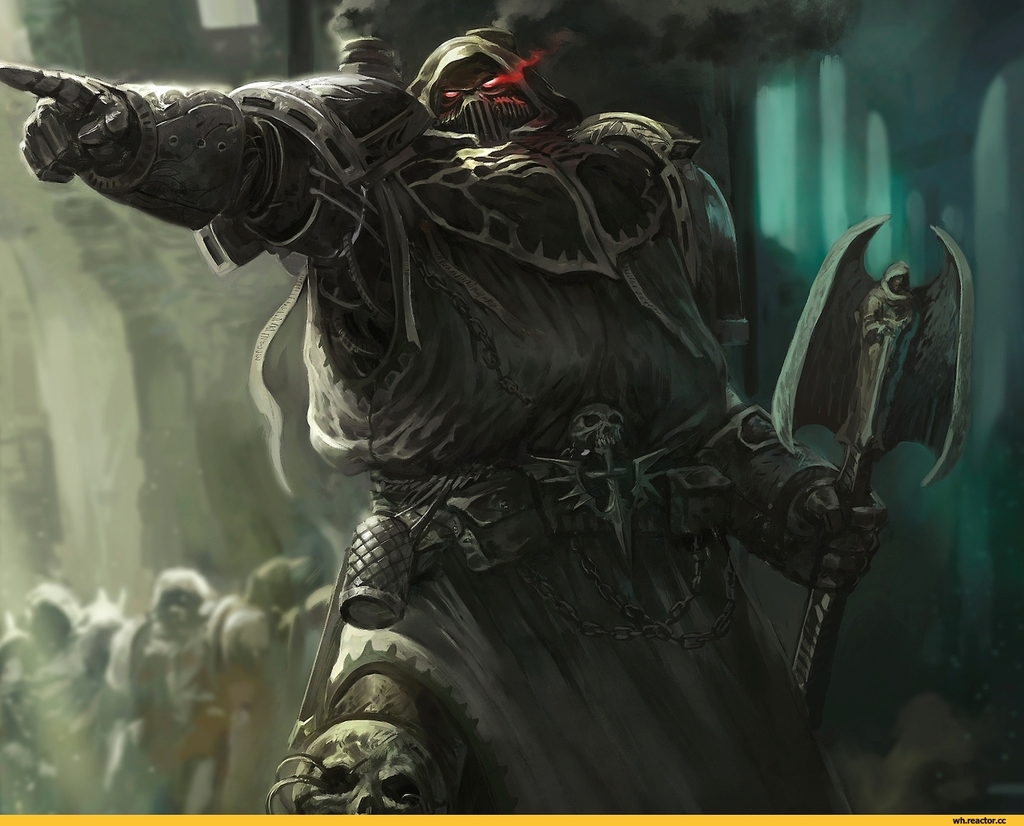