An intelligent and calculating individual, Trempan is dedicated to his work in the Inquisition and his master.

Calculus-Logi Trempan first met the Acolytes of Cell: C2 during their investigation of the Spacehulk “Twilight.” It seems that both Acolyte teams were sent by their respective Inquisitors to perform the same task. During the mission, both Acolyte teams agree to form an alliance to accomplish their mission and would have been completely successful if not for the traitorous actions of one of the members of Trempan’s team, Sgt. Forden, who revealed himself to be a double-agent actually working with a criminal organization called the Serrated Query.

The Acolytes of Cell: C2 would later work with Trempan and his team again when Trempan, under the orders of Inquisitor Soldevan, has Trempan and his team rescue Cell:C2 from the authorites on the planet of Scintilla. Not yet believing the charges that have been brought forward against Cell: C2 and their Inquisitor, Soldevan petitions Cell: C2 to join his men in finding the real culprits.

Cell: C2 joins Trempan’s team and their investigations take them to the remote trading outpost of “Bonner’s Reach”, where they learn the location of a secret research facility from the Dark Eldar Haemonculus, Akirvas. Enroute to this facility, Cell: C2 join Trempan’s men with the investigation of a crippled Imperial battle cruiser that was ambushed by unknown forces. Part of the cruiser’s payload in the form of a dangerous Exterminatus Weapon is found to be missing and its current whereabouts are unknown.

The last time that Cell: C2 works with Trempan is the investigation of the Agri-world of Hilarion, which leads the Acolytes to a confrontation with a daemon of Nurgle and its worshippers. 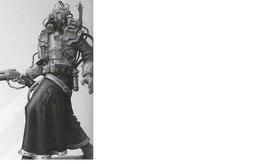