It was late during the night; the hum of the engines and the sound of the ships workshop far off were constant. This was a freighter, a free rouge trader if you will. The ships name is not important, what is important was the event that happened on this seemingly uneventful night. In one of the cabins on this immense ship a woman labored in pain. It was her time, she had carried this burden for nearly nine months and it was time for this child to be born. A tall man with jet black hair stood at the end of the bed watching as the women worked furiously to make this birth fast and as easy as possible. All of the women fearing for their lives if something were to go wrong.

In the hall stood a cloaked man, his demeanor was one of impatience. He snapped to attention as soon as he heard the cry of the baby. It was time, and he was in a rush. He could hear the mother scream in protest as soon as the man with black hair took the child. “No, don’t take him, How could you do this?” As those words were spoken the cloaked man entered the room, threw a bag upon a desk nearby and reached out for the child. The man with Black hair stopped short of handing the baby off, “ Maximus, His name is Maximus that much you will not change”. The cloaked man stared for a second and then nodded. The baby was handed over and as the cloaked man made his way off the ship and back to his own docked along side, he could hear the screams of the woman protesting.

Once aboard his own vessel, the man threw back the cloak to reveal a face laden with tattoos and piercings. He was a large man with an air of authority about him. As he made his way to the bridge the men aboard stepped out of his way. He entered the bridge and gave the order to get underway. “Open the com systems” he boomed. “I have an announcement to make” The com’s officer quickly did as he was told, for the “Raven” was a privateer vessel, made for war but also a privately owned ship. “To my crew, I want you all to welcome my new son MAXIMUS”, you could hear the echo of cheers ring thru the ship!

17 Years later, Maximus was running thru the corridors of the”Raven” doing his best to outpace the other boys aboard. This was his time; his time to show his father what he was made of. He was still fresh with pain from being “inked” by Scab the tattooist aboard. But it only helped to fuel his desire to win the race. A challenge had been issued to all of the young men; he who could answer it would be the first among them to join a raiding party against a rogue trader who had been caught dealing in illegal goods and had been targeted by the inquisition as an example to be made of. There were only a handful of boys in the race but these young men were bred tough and he had to fight every inch of the way as they ran. Cheap shots and low blows were given by all and received just as readily. In the end though it was Maximus who flew thru the door to the bridge ahead of the boys. The captain stepped up, “I knew you would be the first”. “You are my son after all”

The crew easily overtook the freighter as we are built for speed and power. Our guns were more than a match for them and they quickly were grappled and disabled. I was among the first to enter the ship as we boarded and it was not what I was expecting. Smoke, weapons fire and yelling, the confusion was enough to drive a person mad. I quicky grew to understand why the mates on my ship practiced War Chant, and even though I was no where near as good with it I did get the basics of it and saw first hand during the battle how important it was.

We made out way thru the ship in groups of 3, I was stationed along side my father and our first mate Jonesy. We started to clear a way to the bridge and I saw the efficient way a skilled sailor can kill a man. My father was so skilled with a pistol he could dispatch a man in seconds and hit any spot on him. He would actually call his shots like you did in pool as if it was a game to him and Jonesy.

We burst the door to the bridge and saw they were ready for us. I was the last in but I could see jonesy took a shot to the shoulder as he was the first in. With brutal efficency they killed the men on the bridge. There were only two men left and as my father killed one of them, the last man dove for a side room that looked like the captains private room. My father quickly rushed to finish him off as he didnt want to have to break down a door. I followed closely and as he entered the Man was waiting for him, he used the door as cover and smashed it inward on my father’s hand making him drop his pistol. The tall dark skinned ox of a man was fast, faster than either of us thought. I knew it was all over for my father as he dropped his pistol, this man was going to kill us both. I had no experience but I raised my pistol and shot wide. The man turned to kill me as my father attempted to rush him. Then somethng strange happened, he stalled. He looked at me from beneath his jet black hair, his eyes wide. My father hit him hard and as they struggled my father said “SHOOT HIM, he will kill us both!” I could not hesitate any longer and as my father struggled with him I shot. A clean kill, right thru the heart, I could not have placed it better if I had been aiming. The man tried to say something, but all he could do was gasp. My first kill, I had not only saved myself but my father as well.

Years went by and more of these fights happened and killing became second nature as it would aboard such a vessel. One day not to long ago I grew tired, It was not my wish to kill all the time, I knew it had its place but can men not talk, work thru thier troubles? I think in the end that is what drove me to choose to leave the “Raven” and my father.

I know life can be different and I want a chance at that life. I am no stranger to death but I do not consider it my friend. 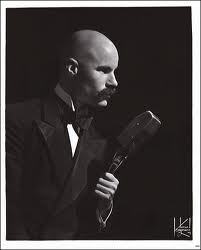