Born on the feral world of Fervious, Rasar quickly learned that survival was based on your skills at killing. Isolated from the wider sector, and shunned for the most part by the Adeptus Mechanicus, Fervious is a harsh world that regresses daily into barbarity. With murder as an accepted method to gain status and wealth, Rasar was never at a loss for clients interested in hiring his skills as an exceptional long-ranged assassin. It would be these skills that would lead Rasar to the attention of Inquisitor Sand and his subsequent employment with the Inquisition.

Following the near decimation of his Acolyte network by the since terminated rogue Inquisitor Forlorn Gaul, Inquisitor Sand was looking for skilled and dependable people to rebuild his manpower. A chance report from one of Sand’s Acolytes, Solomon Gann, led Sand to Frevious to recruit Rasar for service in the Inquisition. For reasons unknown, Rasar choose to give up a lucrative living as an assassin on Frevious and agreed to work for Sand. Some of Rasar’s fellow Acolytes speculated that perhaps Rasar had grown weary of the endless petty squabbles and killings between the competing factions on Frevious or perhaps Rasar finally realized that his calling was to serve a higher power. Whatever the case, Rasar became a valued member of the group where his skills with a gun could be depended on if times got tough. His marksmanship skills were extraordinary and many an enemy died without even seeing their killer.

Rasar served Inquisitor Sand for several years facing Xenos, Heretics and Daemons but unfortunately Rasar would meet his end during the ill-fated investigation of the House of Dust and Ash on the hive world of Solomon. Accompanying the acolyte team Red Cell, under orders from Inquisitor Marr (who used political clout to force Sand’s acolytes under his temporary authority), Rasar assisted in the investigation of an auction containing items from the estate of the infamous Rogue Trader Erasmus Haarlock. This auction brought a number of heretics and criminals interested in bidding on the proscribed items available. The already potentially dangerous situation was compounded when it was revealed the auction was a trap set to kill any of Haarlock’s scions and those who were interested in looting the estate of the Rogue Trader.

The House of Dust and Ash (which was located on an active volcano) became a bloody battleground between the auction goers, caretakers of the estate and a host of daemons that were unleashed from a hidden crypt. The battle was one for survival and Rasar fought valiantly protecting his comrades from the onslaught of enemies. Unfortunately, the strength of the opposition was too much, and Rasar was eventually overwhelmed disappearing beneath the tide of a host of daemons. His comrades never actually saw him perish but it is believed the either daemons, or the subsequent eruption of the volcano sealed Rasar’s fate. 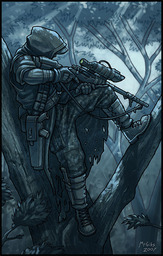