A former Imperial Guardsman of the Cadian Shock Trooper Regiment. Red is recruited into the ranks of Cell C2 is hopes of taking up the mantle of his fallen brother in order serve the Holy Emperor.

Wounds: 25
Fate Points: 2
Insanity Points: 52 (Disturbed)
Minor Disorder: Horrific Nightmares- Mir has seen numerous horrific monsters (Xenos, Daemonic, and human) slaughter thousands of people and these memories haunt him. He’s tried to bury it and run away from it, to no avail, and it always they return when he sleeps. Those who look into his eyes can see that he’s face unimaginable horror and is no stranger to darkness (after a stressful day, Mir must pass a +10 Willpower Test in order to not succumb to his terrors while asleep; failure results in suffering a level of Fatigue when he wakes up).
Corruption Points: 48 (Soiled)
Malignancy: Night Terrors- Mir is plagued by Daemonic visions in his sleep.
Influence 32

Mir, younger brother to Strang. He was born and raised on the feral world of “Strank” in the Malfian Sub-sector till the age of induction into the Imperial Guard. There he was sent to Cadia for intensive training then immediately deployed with the Cadian 701st “Trench Sweepers”. Known for their uncanny ability to break siege lines or other entrenched positions with a combination of unrelenting artillery barrages and brutal close quarters combat, Red began to become well verse in the ways of war. Through out his deployment with the “Trench Sweepers” he became known for his gruff personality and direct and to the point attitude when it came to decisions on the battlefield.

Upon the completion of the re-pacification campaign of Umbra IV, Red received orders that he was to be discharged from his duties in the “Trench Sweepers” and report to Scintilla for special assignment. Once on Scintilla Red was approached by a member of Inquisitor Sand’s retinue and informed of his brother’s death. Taken back by the news he offers his services in hopes of taking up the mantle his brother had bore as well as honoring his death in the service of Inquisitor Sand.

So now as faithful servant of the Emperor, Red serves Sand in the hopes that he will complete the task that his brother left unfulfilled. If not possible he only wishes to meet a honorable end such as his brother.

The Coblast Assay is a Sibellian mercantile operation of somewhat dubious repute, but not inconsiderable power that specializes is tech salvage and “manpower services”. As a bonded member of the Coblast Assay I am permitted a to carry firearms openly, but only for “personal protection” as for more “aggressive” weaponry, I’ve been advised to keep knowledge of them limited. 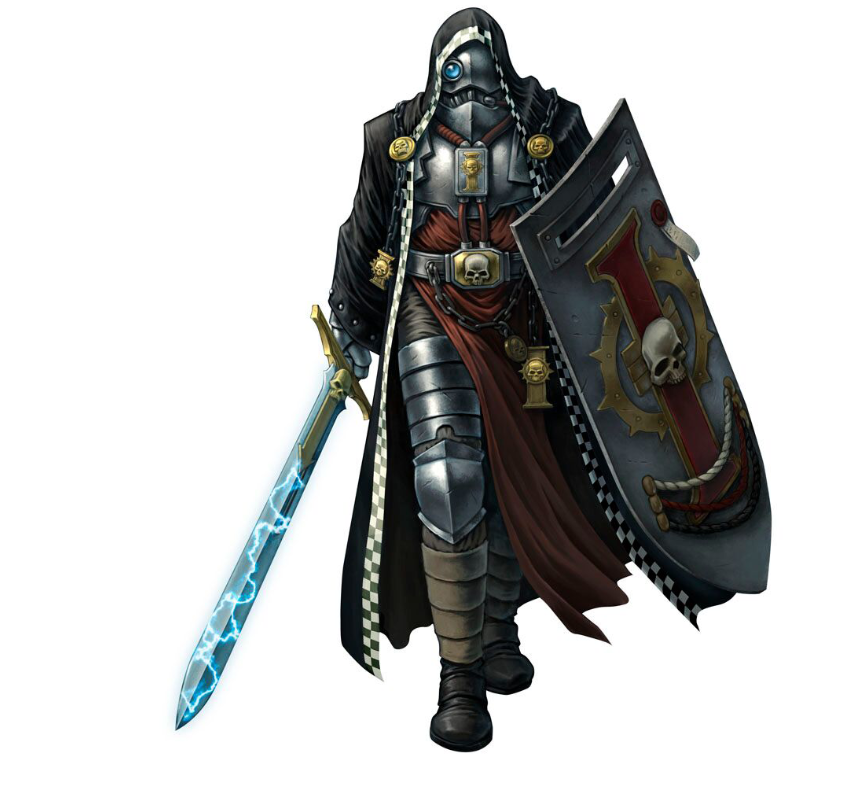