Ancient book with a disturbingly real eye on its cover.

Appearing to be of ancient origins, the De Natura Daemonium is a hard cover book with the cover made from the cracked skin of origins to horrible to contemplate. Most disturbing is the single real eye on its cover that moves and studies those it can see.

A highly proscribed and forbidden tome, possession of it would result in torture and death by the authorities of the Imperium. it is rumored to be of extreme value to Chaos cultists and those interested in the Chaos powers and its servants- mainly due to its ability to aid in summoning daemons.

Acolytes of Inquisitior Sand acquired this book for their Master following a battle with cult members of the Eldritch Order of the Unblinking Eye and the daemon they summoned on the planet of Ganf Magna. The book proved to be indestructible through mundane means and it is assumed that Inquisitor Sand took the proper action to safekeep the tome. 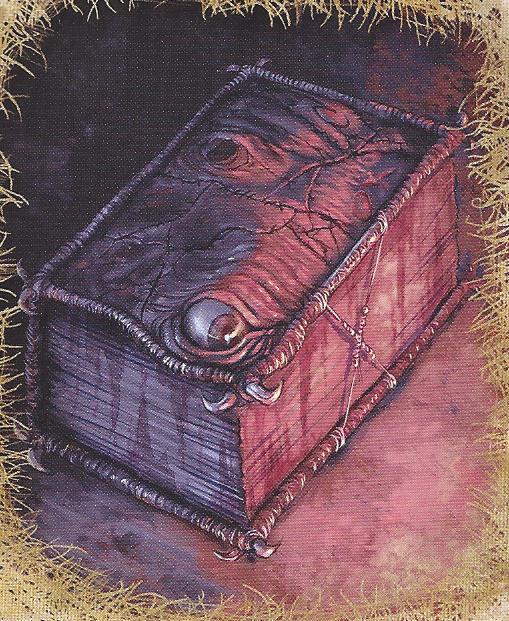