Drafts- "Ultimera-End of the Road"

A collection of hand written drafts in Low Gotic

A collection of hand-written drafts in Low Gothic of a novel titled Ultimera-End of the Road by noted author Cornelius Vogel. In addition to the drafts is an empty ammo can and a letter addressed to Vogel.

Supposedly a real-life account of the author that describes a horrific trip to the swamp world of Strank where Vogel and his friend Pastuer visit a traveling town called Ultimera, which follows behind a grand public works project that is attempting to blaze a road through the harsh swamp environment and connect several towns. The trip starts off as a party with alcohol, drugs and sex in abundance, but turns deadly when a unit of the PDF arrives at Ultimera and starts to kill some of the party goers who are displaying sexual reactions to violence. Vogel and the survivors are evacuated by the PDF during a firefight with unseen forces and on the boat ride back, Pastuer attacks one of the soldiers before he is killed. Vogel cuts off something alive from Pastuer’s body and places it in an ammo can. Vogel then returns to civilization and unsuccessfully spends the rest of his life attempting to write down his experiences into a story.

Due to Xeres not following proper protocols, the collection of drafts and the ammo can containing the thing that Vogel cut from his friend were placed into storage of one of Inquisitor Sand’s secret Sand Boxes and disaster strikes when the Sand Box is breached during a powerful ice storm. Raptor Cell attempted to secure the breach and Interrogator Quint attempted to wipe out any remaining evidence of the infection with drastic measures- it is unclear at this time if they were successful. See file sandbox548/ffr4

Drafts- "Ultimera-End of the Road" 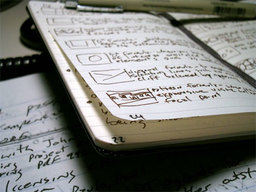