Eleven tainted broken mirror fragments from the tower Haarlock’s Folly, which is located on the planet of Sinophia.

Hundreds of years ago, a foul sorcery was used to trap a powerful daemon inside of twin-facing mirrors within the tower called “Haarlock’s Folly” on the planet of Sinophia. Eventually the tower, and the daemon, were abandoned by their master and looters entered the forbidden tower and ransacked the place. One of the twin-mirrors was shattered by these looters and its fragments secured to be sold as trinkets. The fragments were tainted by the daemon and each fragment was found to possess special powers and were coveted by the planet’s nobility and corrupt underworld leaders.

Unfortunately, with one of its mirrors broken, the daemon was trapped and in order to escape before his master’s eventual return he would have to enlist a pawn to recover the broken pieces, set them back into the mirror and free it with a ritual. A pawn would eventually come, a man named Skarmen- Precinct Marshal and Head Arbitrator of the planet.

The Daemon was able to corrupt Skarmen and teach him the dark arts of sorcery that would be needed to gather the fragments and complete the ritual. Skarmen began to gathered the fragments using warp-infused corpse as his minions and the mysterious murders that they conducted soon drew the attention of Arbitrator Constantine and the Inquisition. They were able to discover the plot being hatched on Sinophia and stop Skarmen and the Daemon.

All the fragments were recovered with the exception of two, which were taken by a man named Hellos who claimed to be an agent of the Inquisition. 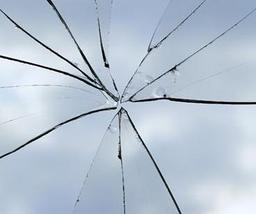