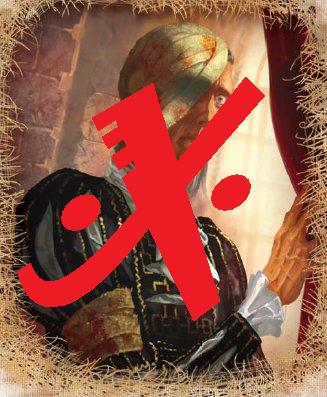 Works as head steward of Grunewald Lodge, formerly owned by the Bruner family until recently when it was purchased by an unknown buyer. Unmarried and considered to be highly competent at managing his staff.

Bio: A known remnant of the Eldritch Order of the Unblinking Eye, he now functions as the diminished cult’s leader. Using his place of employment as a makeshift base of operations, he is believed to be attempting to regrow the cult’s strength by inducting new members and performing heretical rituals for unknown purposes. He is currently believed to be involved in a number of deaths and disappearances, along with other strange occurrences surrounding Grunewald Lodge. To prevent further catastrophe and to ensure this cult is wiped out once and for all this individual must be eliminated immediately.

Notes: Infiltrating the manor posing as a retainer for the new lord, quickly investigated scene for evidence of corruption and cult’s influence. Identified five additional targets working in tandem with Piersson. He had managed to corrupt a number of the house servants, guard, and staff. Took necessary measures to ensure all cult influence was eliminated before confronting target.

Target had initiated a failed ritual using possible heretical technology with the goal of summoning and controlling some unearthly creature. While the event spurred no more than a simple illusionary magic trick, took measures to eliminate target before ritual could be completed. To ensure cessation of cult spread, recovered a number of items used during the ritual and delivered them to the proper authorities for disposal.

Regrettably, a number of unintended casualties occurred due to the close proximity of Ork presence. As a last resort, intervened in the possible deaths of further innocents by personally eliminating some of the threatening alien forces. Unsure if actions resulted in negative consequences regarding cover and true mission, but believe remaining civilian presence is unlikely to be a future threat.

I stand upon the roof of the manor I have come to regard as my home and gaze upon the fruits of my labors. The bodies of Sand’s retinue lay strew around the compound, their blood fuel for my cause and their flesh meat for my children. Above me in the sky circles three of my summoned puppets, the blood of my many sacrifices pumping through their veins and increasing their strength.

As I raise the tomb higher, my summoned children crash against the pathetic Orks that seek to conquer my fortress. Their flimsy bodies rip apart, unable to stand against the new found power I wield. I can feel the power flowing through the tomb’s eye and see the future through my own warp eye. Sand and the rest of his idiot retinue will fall upon the painting as sacrifices, their blood shall enhance my power even further. Soon, I shall wield more power than anyone on this miserable planet could ever dream possible, and with it I shall lay even the worthless emperor himself as tribut upon my alter!

The tomb seems as if to smile at me in glee as I hold it against the crimson sky. I can not be stopped…

Rylak’s vision slowly blurred back to reality and he found himself standing alone in the cramped room holding the unholy tomb before him. The book’s malignant eye bore a hole through him as it stared with quiet discontent. Rylak closed his eyes, allowing the vision to fade to memory as he regained his composure.

Without a word, he slowly fastened the purity engraved wrappings around the tomb and placed the bundle tightly into the small box before him. Shutting the box securely, he slid it into place on the shelf along side numerous other identical containers. He took a step back and studied the wall of boxes before him.

Somewhere, unknown to him, his two companions were busy securing the other two confiscated items, each destined for a different Sand box to ensure their contamination does not spread. Rylak had been tasked with securing this particular object due to it’s apparent attachment to him. While in no way friendly, it did not emit the same feeling of scorn and malice toward him that it did the others. Rylak was not at all troubled by this, although he worried what his master might think. Regardless, he had done his job.

As he turned to leave, he felt a weak pull upon his consciousness, as if called from behind by someone, or something, hidden. Glancing over his shoulder he could not tell if the feeling had come from the box he had just placed or one of the others. He couldn’t help but let out a defying smirk. He knew all too well the dangers of trying to fight fate. ‘When you do…’ he pulled his hood up allowing his face to sink into shadow and a deep azure glow seemed to emanate from within his right eye for a split second. ‘…It sometimes has a funny tendency to consume you.’ And with that, the door to the facility slammed shut behind him, locking away the artifact for good.