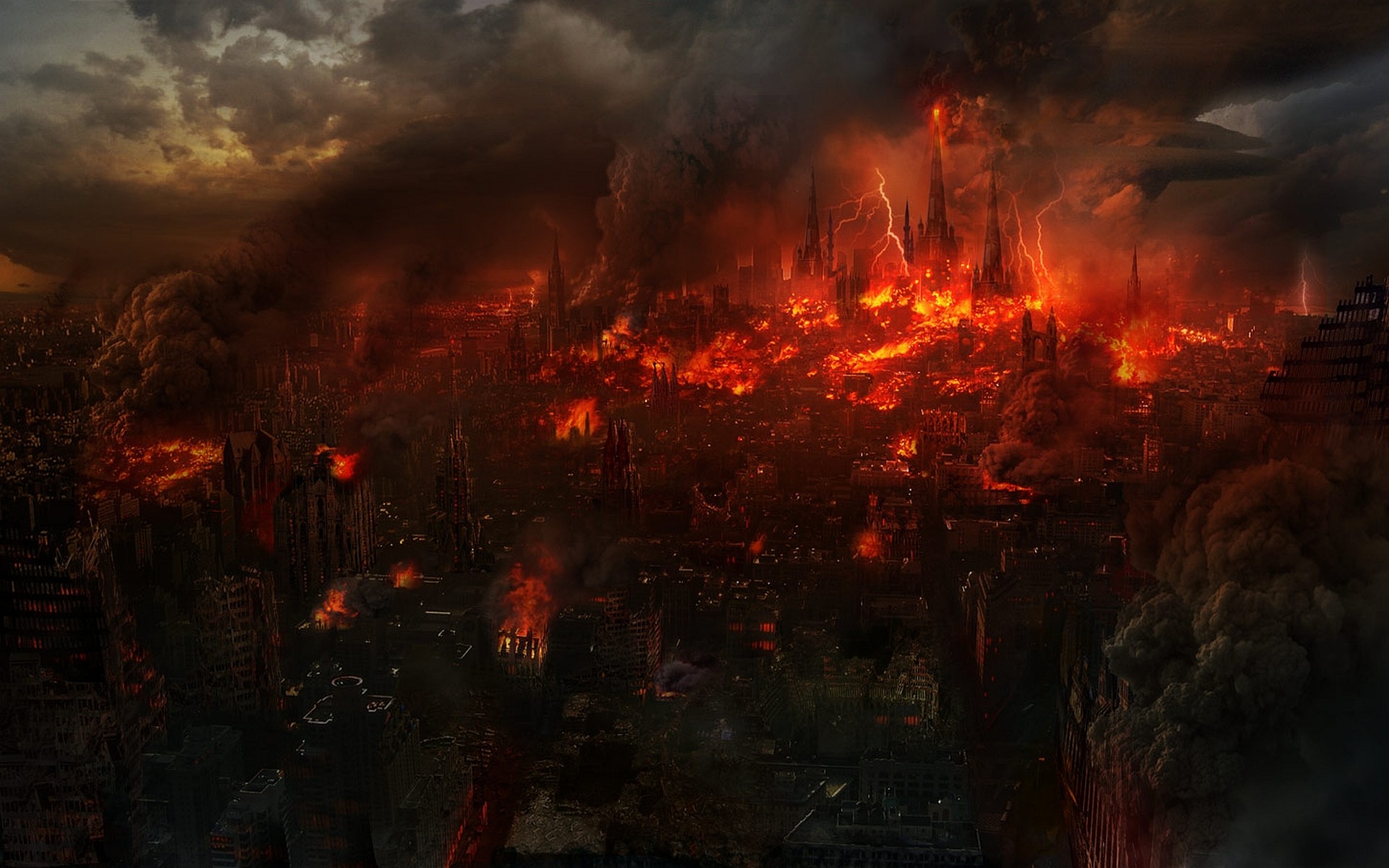 Arbiter Chad leaned over the makeshift desk littered with papers and sighed. He could hear the heavy fall of footsteps outside as enforcers and civilians alike scrambled to grab a foothold in the city before the next sunrise hit. Chad wiped the sweat from his brow as he issued orders to the two lieutenants standing nearby.

“Take your patrols north and make sure the security force protecting the evacuees are in full strength.” The two enforcers nodded before departing through the fabric doorway of the command tent. As the two left, a chorus of voices and shouting flooded in, stopping abruptly as the tent flap fell closed once more.

“This is a disaster zone.” Chad said, motioning toward a portion of the map in front of him. “The dome is completely destroyed over this half of the city, it’s like the efforts to diffuse the bombs had no effect at all. The remaining portions of the city are not in any way habitable, but at least it gives the tech crews a foothold to begin repairs. It’s the evacuations which are causing the most problems. Everyone is flooding out of the under hive simultaneously, and there are only so many ships… Looting, assaults, murder… I don’t have the men to combat the chaos, and the security forces dropped in the last wave seem more interested in protecting their people than helping the people of the city. That’s why I’m glad you’re here…”

In the corner of the command tent stood the dark silhouette of a man. His arms were folded across his chest as he leaned against a burnt filing cabinet, his dark over-coat barely able to hide the polished Arbite armor protecting his body. He wore a small respirator in place of his mask to help protect him from the dust and ash spreading throughout the remains of the city, and his piercing brown eyes stared out through short tightly-knitted dreadlocks falling across his face.

“I’m not here to assist you in your duties, Arbite.” The man’s monotone response softly echoed through the respirator. Chad nodded silently and scratched his head.

“Yeah, I hadn’t expected Interrogator Jaxx to have replaced Judge Capstan so quickly. I’m just not qualified to handle this-”

“That doesn’t matter.” The man’s voice cut Chad off, “You have your duties and you will perform them as best as you can.”

“You are right, Constable.” Chad breathed deeply and folded his own arms across his chest. “So what is it you came here for then? You have the copy of my reports and my men said they’ve shown you the cavern where the battle took place. We had to clean up the bodies to make room for the refugees, but the medical files should have all you need.”

“They are sub par at best.” Constable Amsterdam replied, pulling his data slate from beneath his coat and calling up a text document from one of the files. “I know your resources were limited, but I would have appreciated to see the scene as it was left. Still, you are the first eye-witness I’ve had to the group’s performance so that is something…”

“Sir?” Chad questioned, unsure of what the man was referring to.

“You accompanied the acolytes on their mission into the mines, you saw first-hand what happened and survived. That has never happened before.”

“Not many can keep up with the Inquisition, I’m sure. I just got lucky and-”

“What occurred in the mines, Arbite?” Amsterdam demanded bluntly, “Not what was in your report, what did you see?”

“I don’t quite know what I saw, heretics I guess. Cultists willing to kill themselves for their insane goals. And… I don’t know what it was, a demonhost is must have been, calling the shots.” Chad shook his head as he tried to recall the incident in the mines. “I never got a very good look at it though.”

“It was dark, and in combat situations like that-” Chad began to mumble before being cut off again.

“You were afraid? Ran away from the creature out of fear and self-preservation.” Amsterdam stared at Chad with his cold calculating eyes.

“I have seen demons, Arbite.” The constable looked back toward his slate and began to type, “Not many can stand against them… What I’m concerned with his how the acolytes fared. Did they all participate in the battle?”

“Yes,” Chad stated before going silent and thinking, “Well actually the assassin was in the spire getting treated at the time… And the girl, the young one, she ran away out of fear too. I don’t know about the man, Bishop, he seemed paralyzed for most of the battle. I actually thought he was dead.”

“So the only acolytes actually participating were the missionary and the underhiver?”

“Yeah, I suppose that’s right… Good thing too, because that priest’s flamer was the only thing that kept the city standing as much as it did.” Chad nodded in approval, but his guest seemed unimpressed.

“Your report stated the flames seemed odd, like they acted of their own accord. Can you elaborate?”

“I don’t know how to explain it… They seemed to dance and move like they were alive, intensifying and frying the cultists as they did… Guess it was the Emperor’s divine grace.”

“Something like that.” Amsterdam said quietly as he stowed his data slate within his coat and began to move toward the exit. “Oh, and I had one more question. I heard there was an incident at one of the taverns down below, a grenade was released with multiple civilian casualties. Do you have any information on that incident?”

“No…” Chad said thinking back, “Although I did find some grenades stored in one of the nearby garbage bins when we took out the gangers… Maybe it was them?”

“Maybe…” Amsterdam muttered as he left through the tent flap. Finding a quiet alleyway away from the mob of civilians and enforcers, Amsterdam pulled his data slate out once more and brought up a dimly lit video of surveillance footage. On the screen, he watched as a young girl left a nearby building following a duo down the street. Some time later, a small explosion rocked the building, sending a cloud of dust and debris onto the street. Soon after, an unidentified man could be seen emerging from the tavern, following after the others. Amsterdam’s eyes narrowed as he replayed the footage over again. Around him, people continued to claw their way through the damaged city, attempting to flee the wreckage around them.